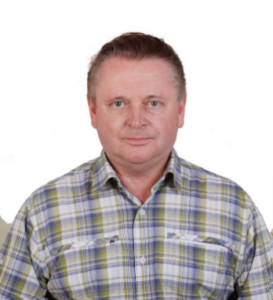 We extend a warm welcome new TCN Member, Michael Hitchcock, a specialist in cultural tourism and the museums and heritage sectors.

Michael has contributed to two major tourism masterplans in China on behalf of UNWTO. He has also led two major tourism projects in Southeast Asia funded by the European Commission and delivered numerous research studies funded by the UK research council and the Macau Foundation. He has worked on curriculum development and tourism research in East and West Africa, and conducted a three-year study on behalf of the Royal Parks Agency in London.

Between 2014 and 2021 Michael was Professor in Cultural Policy and Tourism at Goldsmiths College, before which he was Dean of two tourism faculties, one in Switzerland and the other in Macau.

The author and editor of fourteen books, Michael has also published numerous papers, many of which have made a notable impact in tourism and travel industry journals.
Hitchcockmichael929@gmail.com

Report on TCN event: Consultancy Business Opportunities: How to navigate the procurement minefield May 20th 2021

This on-line event hosted by the Tourism Consultants Network attracted a wide spread of TCN members and others with a professional interest and involvement in consultancy.  The event was...

Philip Cooke writes: Anyone involved in the government’s recent Garden Towns initiative might be interested to read ‘Garden Cities- The British Example’, by Hungarian writer, Gergely Nagy, with a revised...

TCN member John Gallery is delighted to announce that the ‘World of James Herriot’ in Thirsk is a winner of the Triumph over Adversity Award in the Rural Business Awards...

Can the UK Hotels Sector Recover from COVID-19?

Martin Evans FTS observes… “Articles have been written and webinars zoomed over the last 12 months about the changes which have hit the UK hotel sector since Coronavirus struck and,...

Our next edition of TCN News is planned for July 2021, so please make use of TCN to engage with members and tourist industry colleagues across the globe by sending...

Richard Denman’s research has also demonstrated the value of our ‘Declaration of Good Practice' by which all TCN members agree to “honour… and abide by its requirements and undertake to…....

A recent analysis of the Tourism Society membership shows the strength of TCN’s contribution and identifies opportunities for engagement and growth. Richard Denman, TCN Committee and TS Board Member, has...

The European Tourism Commission (ETC) has produced a report entitled “Covid-19 Recovery Strategies for National Tourism Organisations”. This is an interesting snapshot of European NTOs’ attitudes and priorities, and a...

The ‘Place Brand Observer’ @PlaceBrandOBS recently published the thoughts of its global panel of place branding specialists on trends to watch for in 2021. Two major questions were raised: “What...

Tom Buncle has dusted off the Yellow Railroad crystal ball to identify twelve of the most potent influences that he thinks are going to shape the resurgence of travel...
×