In recognition of his pioneering and innovative contribution to the UK’s hospitality industry, Robin Sheppard, Chairman of the Institute of Hospitality and the Bespoke Hotels Group has been awarded an Honorary Fellowship of the Tourism Society.

Lord Thurso, President of the Tourism Society, presented the award to Robin Sheppard at a celebratory lunch, organised by the Tourism Consultants Network, at the Royal Garden Hotel, Kensington, London. A tribute to Robin Sheppard’s lifetime achievements was made by Mike Jones, Managing Director of Hospitality Impact Limited, Fellow and Board Member of the Tourism Society and former vice-president of global distribution for Hilton International, InterContinental and the Forte Group.

In a highly entertaining acceptance speech, Robin Sheppard recounted his colourful career including General Manager roles in some of England’s finest and most distinctive properties, such as the Lygon Arms in Broadway, the Royal Berkshire Hotel in Ascot and the Bath Spa Hotel. He also drew references from his book, “A Solitary Confinement”, which documents the serious illness that he suffered and recovered from to resume work in the hotel industry.

This is the eighth Honorary Fellowship to be awarded on the initiative of the Tourism Consultants Network (a section of The Tourism Society), Europe’s leading professional association of tourism consultants. Previous honorees are Taleb Rifai, outgoing Secretary-General of UNWTO; Christopher Rodrigues, past Chairman of VisitBritain; Chris Brown, the UK’s first female airline COO; Clive Jacobs, founder of Holiday Autos; Peter Long, former CEO of the TUI Group, and the travel writer and broadcaster Simon Calder. 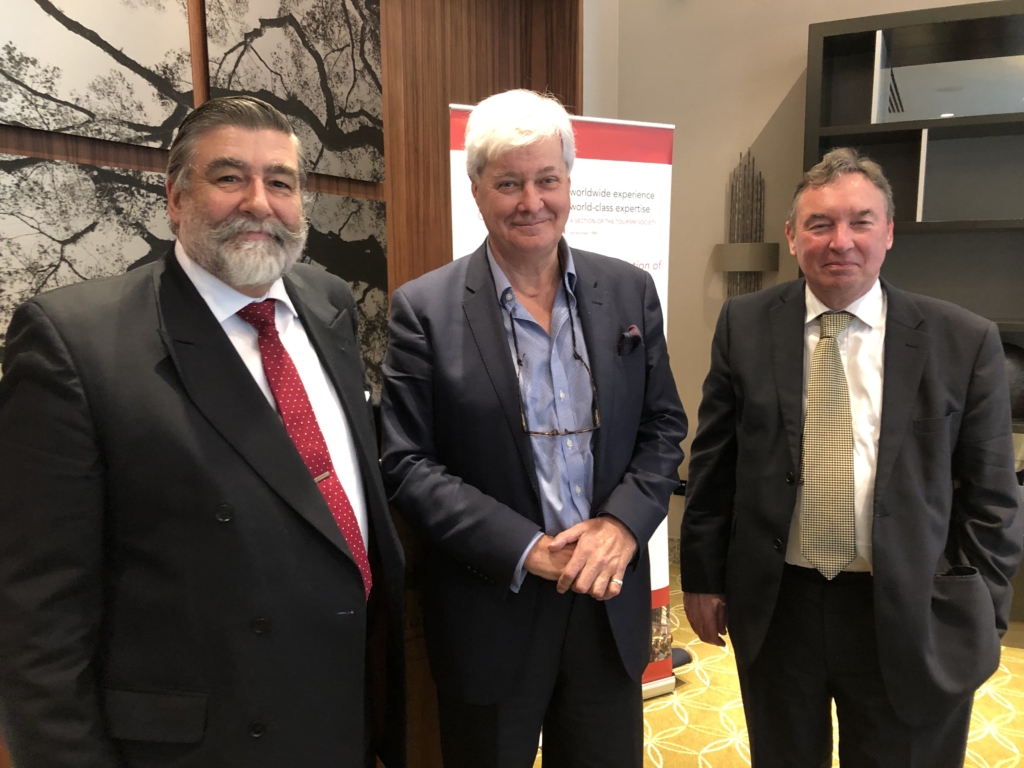 The Tourism Society, the professional membership body for people working in all sectors of the visitor economy, welcomes the government response to the independent review of destination management organisations in...

The Head of Secretariat, Alison Cryer, of the Tourism Society is delighted to announce the new Tourism Society Chair Deborah Heather, who was elected at the 45th Anniversary AGM. Deborah...

As many colleagues will know, the destination marketing organisation (DMO) for Yorkshire, Welcome to Yorkshire, was placed into administration at the end of March 2022.   The lead up to...

Scots look at travelling to the Med again in 2022

After running the Scottish Tourism Index for several waves during the peak of the pandemic as a means of tracking the views of the Scottish population around holidays and breaks,...

Summary of findings Air Travel & International Holidays back on the Menu The proportion of Brits booking an international holiday rose to its highest level in two years during January....

10 January 2022 VisitBritain/VisitEngland CEO Sally Balcombe has announced that she is stepping down from the role in spring this year. Ms Balcombe, who has been CEO, first of VisitBritain...

Tourism Society member, Geotourist, working with Historic Environment Scotland, has been named as ‘One To Watch’ at the World Responsible Travel Awards for their compelling platform concept that draws visitors...

Tourism Society jobs board has a new opportunity

Full Time Marketing Manager – Experience Oxfordshire This exciting and broad ranging role is ideal for an experienced manager aspiring to play a leading role in the visitor economy sector...
×